Martis Palace is a luxurious 4-star hotel located in the heart of Rome, occupying the ancient area of ​​Campo Marzio behind “Piazza Navona”. In the 16th century, a Roman statue dating back to the II century AD (110/138 D.C.), depicting the god Mars, was discovered in the area adjacent to the square. Hence the name Hotel Martis Palace, the Palace of the god Mars.

The VDA system has supported Martis Palace in the installation of the Room Management System (RMS), in particular Micromaster, and the Interactive TV system with PowerTv Onair and IPTV. The automation system installed at the Hotel has Vitrum and Classic aesthetics integrating perfectly with the design of the rooms as well as with the series chosen for the rest of the controls.

Access to rooms is managed by Vitrum. The six touch switches allow the light and curtain control. One of the controls is dedicated to the “master OFF” button which allows all the lights to be easily switched off with a single touch.
The icons are backlit but do not disturb sleep as they are active only when the proximity sensor is on.

The Micromaster system allows the management of the air conditioning perfectly, saving energy when the guest is not in the room. The presence sensor allows the detection of any presence in the room and regulates the temperature according to the set point and the season. In order to complete the installation, Interactive TV systems such as PowerTV On Air and IPTV have been installed. Satellite TV and digital terrestrial channels are distributed over Ethernet cable, avoiding the coaxial distribution. This type of technology allows the control of the channels according to the customer’s language or type of programme. Furthermore, the interfacing with the hotel PMS makes data transfer operations at check-in and check-out automatic.

The TVC welcomes the guests with a personalised graphic interface containing information about hotels and cities. The premium audio / video channels are broadcast in HD. The WiFi coverage works through the access point integrated in the ONAIR Set Back Box. Every hotel guest has a personal “WiFi Bubble” which allows connection of personal devices to the internet without sharing the connection with the other guests. 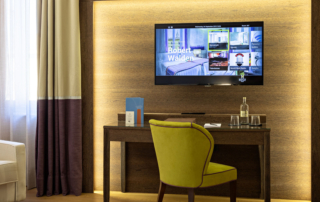 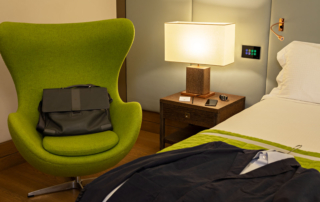 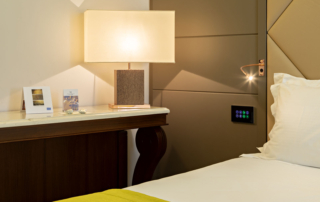 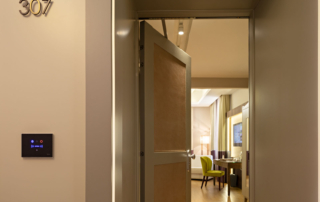 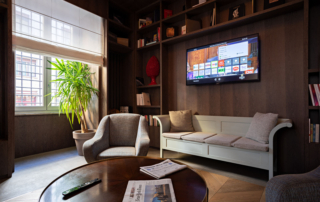 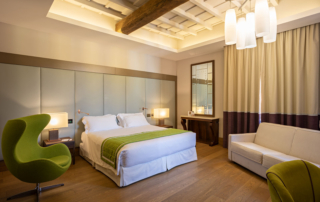 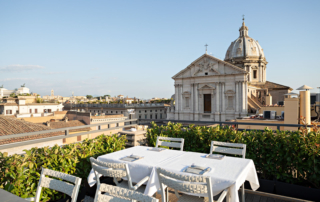 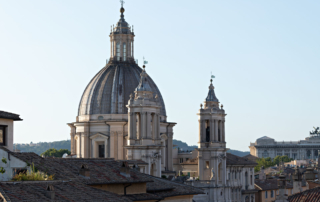